People ask me ”what is your project all about”? Well, here’s my answer.

The project is about post-stroke aphasia and identity, online and offline. Aphasia is a language disorder caused by a brain injury. The most common cause is stroke. Post-stroke aphasia affects some 10.000 people in Sweden every year, of which about a third are between 18 and 65.

Aphasia can be understood not only as losing your language but also as being deprived of your identity, since the language is the mediating tool we use to construct our identities.

Online communication is a key to inclusion and participation in the Swedish democratic society. 80% of the Swedish population use the Internet on a daily basis. Hence, it is fair to assume that a large proportion of the people living with aphasia have been Internet users and that being an internet user formed an important part of their identities pre-stroke.

The aim of this study is therefore to examine how working-age Swedish Internet users with post-stroke aphasia construct their identity offline and online.

Nine participants with post-stroke aphasia are included in the project. They are between 26 and 61 years old. Data consists of transcribed interviews and posts from online social media. The analysis is qualitative and performed using the software Nvivo.

At this point (eg March 2016) the project has been going on for a year and a half. The main focus right now is summarizing the results and writing two articles. Hopefully, the results will also soon be presented at some international conference. 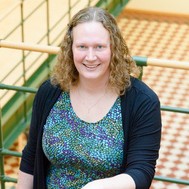 Aphasia Online is a blog about my PhD project at Halmstad University. The project is about online identity and post-stroke aphasia. I will be posting in Swedish and English. Please contact me with your input or questions! /Helena Taubner

This website uses cookies to improve your experience while you navigate through the website. Out of these, the cookies that are categorized as necessary are stored on your browser as they are essential for the working of basic functionalities of the website. We also use third-party cookies that help us analyze and understand how you use this website. These cookies will be stored in your browser only with your consent. You also have the option to opt-out of these cookies. But opting out of some of these cookies may affect your browsing experience.
Nödvändigt Alltid aktiverad

Any cookies that may not be particularly necessary for the website to function and is used specifically to collect user personal data via analytics, ads, other embedded contents are termed as non-necessary cookies. It is mandatory to procure user consent prior to running these cookies on your website.